In 1991, Danilo Casu set up on his own and remained in the restaurant business for 20 years. In 2011, he opened the company Italian Style Renov, distributing his COLLE 21 “CYANO 21” brand first in Italy, then in France and currently in Spain. Colle21 is an anaerobic cyanoacrylate glue .

Cyanoacrylates were first synthesized in 1942 by Harry Coover, an American chemist (1919-2011), during World War II for the purpose of producing a transparent film for weapon sights. However, they were put aside because they turned out to be inappropriate. In 1951, they were re-evaluated and today the term cyanoacrylate refers to a wide range of glues. Cyanoacrylates are powerful and rapid adhesives, particularly suitable for materials with non-porous surfaces or containing slight traces of water.    Due to their ability to bond biological tissue, they are uncomfortable – even dangerous – to handle in everyday life, but have been used with profit in surgery and orthopedics to attach metal prostheses to bones. Thanks to their reactivity in the presence of traces of water, they are also used in the forensic field to detect fingerprints. Sprayed on the impression, the humidity it brings causes it to polymerize, forming a solid molding of the impression.

Cyanoacrylate adhesives are often used to assemble electronic prototypes, models, false nails and as an additional gasket for nuts and bolts. During these 9 years, Casu Danilo brought the brand Colle21 the salons modeling, DIY and vintage car the largest and most prestigious in Europe and beyond. Casu Danilo with Superglue Colle21 has participated in international exhibitions in cities like Osaka (Japan). MFCA Philadelphia New York City Scale Model Challenge in Holland, D these championships modeling world, one in Stresa in 2014 and at Chicago in 2017. Leganes 2020 in Madrid, T ll editions Rail Expo in Chartres, T ll editions of Ramma in Sedan, Toy Fair in Neuremberg in Germany, the largest exhibition in the world of mODELI ems and games, with prestigious names of sides such as Lego, Playmobil, Burago, Tamiya, Ammo Mig Mig Jimenez etc.

With Graziano Ghetti of Scale Model Style, in addition to being a real friendship, a real collaboration was born that has lasted for years. Graziano Ghetti takes care of the management of social media , Colle21 Youtube channel and more; a true all-round talent, in addition to being a great model maker who can always boast of working with the big brands in the sector.

Miguel Jimenez Martin , Spanish from oc , great artist, turns out to be a fantastic person, who bases his world on values ​​and principles such as humility and fairness.

Between the 2 brands and the 2 owners Casu Danilo and Mig Jimenez Martin, a strong understanding was immediately born and they decided to collaborate by creating together the new label of the Colle21 bottle : SLOW DRY.

The collaboration with Mig Jimenez brings added value to Colle21 , by offering all its customers the bottle of Colle21 superglue (Colla Cyanoacrylica) .

In these 6 years the collaboration between Colle 21 and Ammo Mig is strengthened to the point that Mig Jimenez decides with its prestigious brand Ammo Mig (known throughout the world in military modeling and beyond) to support the entire range of Colle21 products . .

The famous ” workhorse ” of Danilo Casu and founder of the brand:
The cyanoacrylate superglue Colle21 that does not dry once opened for the duration of life of the glue that is for one year , allowed Casu Danilo to make known. Why Superglue Colle21 not dry not for one year after its opening ?

The colle 21 is an adhesive anaerobic Cyanoacrilics that works only with a continuous pressure for at least 2 parts 10/15 sec. Without pressure, Colle 21 does not work and does not react: this important characteristic allows Superglue Colle21 not to dry out.

Today, Colle21 offers a wide range of products that gives the best of itself in the Pro Evolution 2.1 Kit. Colle21 , a range of 21 products presented in a harmonious wooden display allowing you to have everything on hand for any type of collage. The PRO EVOLUTION 2.1 KIT . COLLE21 was immediately successful and is still very popular in the world of model making and DIY.

today énéficiant a beautiful range of products, not only to publicize Colle21 products to the public , but by seeking for the art shops specialized in the sector, creating collaborations and expanding the sales network.

Today, Colle21 has more than 500 customers, including stores and distributors around the world.

In 2019, Casu Danilo sees the need to create and register a 2nd logo in parallel with Colle21 by calling it Cyano21 , a logo that allows it to have a more international name in the foreign market.

In 2020, a cursed virus is hitting the whole world. “The disease is caused by a virus called COVID-19 (also known as SARS-COV-2), discovered in early January in China and identified as a member of the coronavirus family. Mainly transmitted by droplets of saliva (droplets) spread by coughing and sneezing or by infected surfaces contaminated with droplets of saliva that people touch. This virus affects the respiratory system. The main symptoms include general weakness and fever; cough and, in the most severe cases, pneumonia and breathing difficulties in the most advanced stages, unfortunately causing many deaths ”. The measures taken by all countries included shutting down all businesses, fairs, cinemas and creating locked curfews forcing people to stay indoors.

Thirty years of experience to his account avai t allowed Danilo ESRD ask good foundation with its experience in various fields s professional s and see the future with the s sales online by creating a website E multilingual trade , which allowed the Brand Colle21 / Cyano21 to maintain contact with customers, forced to remain in closed home (the lock-down Covid-19) , were able to devote their time to passion m odélisme.

Casu Danilo found himself faced with a veritable multitude of changes, and knew how to change all his habits and his way of working.

Online sales have exploded due to this epidemic (CORONA VIRUS) anticipating the good development of its E commerce site : Casu Danilo has been able to take the opportunity on the fly.

With daily shipments, mail or with the best carriers , Casu Danilo managed to be well argued its customers, boasting hundreds of positive ratings on both his website and Google .F aisant the mark Colle21 of Casu Danilo referenced with 5 stars also for the online service. The speed of dispatch, the gift for each customer within each order, accompanied by a thank-you letter written and signed by Colle21 staff , allowed the Colle 21 brand to achieve this stellar result. In the 2021 projects, there is not only the release of two new articles including The Bicomponente21 and Colle21 Spray, but an article still top secret . In 2021, we also have the opening of a Colle21 By Ammo Mig store in the south of France in Montpellier , full of many initiatives and extraordinary novelties.

C ike we say ” behind a great man there is always a great woman. ”
Magali Carthalade is a charming Frenchwoman who, like Casu Danilo, has lived in 3 different states and has always worked independently, mastering 4 languages, a skill that allows her to manage Colle21’s external relations .

From now on, it is better to get back to work in view of the realization of future projects, hoping to be able to meet again soon in model making shows.

This website uses cookies to improve your experience while you navigate through the website. Out of these cookies, the cookies that are categorized as necessary are stored on your browser as they are essential for the working of basic functionalities of the website. We also use third-party cookies that help us analyze and understand how you use this website. These cookies will be stored in your browser only with your consent. You also have the option to opt-out of these cookies. But opting out of some of these cookies may have an effect on your browsing experience.
Necessary Always Enabled
Necessary cookies are absolutely essential for the website to function properly. This category only includes cookies that ensures basic functionalities and security features of the website. These cookies do not store any personal information.
Non-necessary
Any cookies that may not be particularly necessary for the website to function and is used specifically to collect user personal data via analytics, ads, other embedded contents are termed as non-necessary cookies. It is mandatory to procure user consent prior to running these cookies on your website.
SAVE & ACCEPT
Become a vendor! 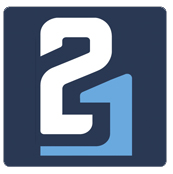